This tour will take you on a historical journey through London in the company of an Expert Guide. Spend an afternoon exploring two of the city´s most famous and emblematic landmarks: St. Paul's Cathedral and the Tower of London, and end the day with a beautiful cruise down the River Tha... 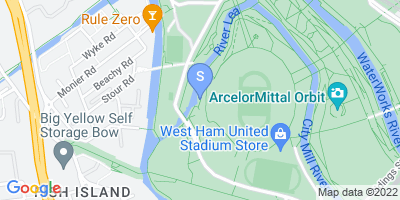 This tour will take you on a historical journey through London in the company of an Expert Guide. Spend an afternoon exploring two of the city´s most famous and emblematic landmarks: St. Paul's Cathedral and the Tower of London, and end the day with a beautiful cruise down the River Thames.

What can I expect on the tour?

The first exciting stop on this tour will be at St. Paul's Cathedral, one of London´s most famous landmarks.  This magnificent domed cathedral is one of the most recognisable sights in London and still a symbolical part of the city´s skyline, even after 300 years!

Designed by Sir Christopher Wren, it took 35 years to build this masterpiece, after the earlier Gothic Cathedral on the same site was largely destroyed in the Great Fire of London in 1666. Its construction between 1675-1710 in English Baroque style, awed Londoners of the time, and continues to awe Londoners and visitors alike to this day!

It has survived Suffragette attacks and war bomb damage, yet still remained the tallest building in London until 1963, while the dome is still currently one of the highests in the world.

And that is only the exterior! Inside we will find no fewer than seven chapels, an amazing and invaluable collection of art and sculpture and Europe´s largest crypt, making St. Paul´s a genuine historical and religious treasure.

Discover the history of the cathedral with a guided tour and a 270-degree film experience.

The Tower of London, with its infamous background of imprisonment, murder and execution, is a fascinating historical castle  that has played an important role in British history.

The fortress was founded in 1606 as part of the Norman Conquest, when William the Conqueror began the construction of the White Tower, giving the site its name.

It has been used as a prison, a royal residence and an execution site. The last person to be executed there was in 1941, and over the years spies, criminals and even queens have met their bloody end by the executioner's hand at the tower.

The Tower of London also houses the priceless and famous Crown Jewels Collection. This collection of royal ceremonial objects includes precious gems and gold, as well as the Star of Africa, the world's largest cut diamond. It also contains a collection of crowns, robes and other items of ceremonial regalia. The collection is the most historically complete of any regalia in the world.

And lastly, we can´t talk about the Tower of London without mentioning the tower ravens! A group of half a dozen resident ravens, whose presence is believed to protect the tower and crown. Superstition holds that "if the Tower of London ravens are lost or fly away, the Crown will fall and Britain with it." Don´t forget to see how many you can spot during your visit!

After visiting the Tower of London, head down to Tower Pier and board the next available boat to enjoy a scenic cruise down the River Thames. Discover the beautiful view of London from the water as you head to Westminster Pier, next to the iconic Houses of Parliament.

The tour ends at Westminster Pier where you can conveniently access the London Underground from Westminster Station, as well as London Bus Services, or local taxi services.